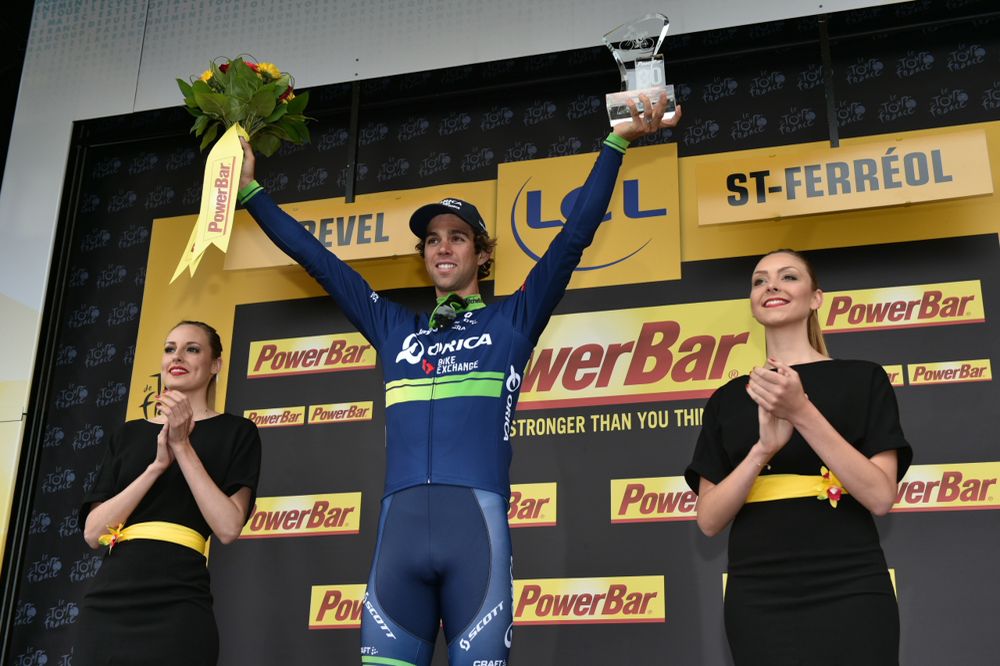 The Tour is Back in France

The Yellow Jersey is on Chris Froome’s (Sky) shoulders and his teammates will only chase when and if he is in danger of loosing it. Normal, boring stuff then.

On Sunday Tom Dumoulin (Giant-Alpecin) as part of a 20 man breakaway who were given more than 10 minutes leeway managed a solo victory. He dropped his companions with 12km remaining on the climb to Arcalis, Andorra. Unfortunately, Alberto Contador (Tinkoff) abandoned the race with fever. Nothing else significant happened on that stage apart from Peter Sagan (Tinkoff) edging closer to Mark Cavendish (Dimension Data) in the sprinters Green Jersey classification through an intermediate sprint.

Monday was a rest day and the “big” news was that Alberto Contador will be riding for Trek-Segafredo in 2017 with an option to extend further to 2018. This is not a transfer per se, considering that Oleg Tinkoff will disband the Tinkoff team at the end of the year. That means that one more team will be able to gain a WorldTour licence. Could it be Direct Enegie, again; formerly Europcar, or could it be a chance for One Pro Cycling to move up from Pro Continental level to the top league of world cycling? I have been following One Pro Cycling’s progress and they have been doing pretty well. They were founded in 2015 by former cricketer Matt Prior and businessman Simon Chappell. They did quite well in the UK domestic circuit and by the end of their first year they had won their Pro Continental licence for 2016. They have been successful and they hope for a WorldTour licence in 2017.

Tuesday the Tour came back to France with an “undulating” course. That means a category 3 climb early on and then fairly flat. It was another stage for the breakaway. Not a bad group either. In it you could find Vincenzo Nibali (Astana), Rui Costa (Lampre-Merida), Greg Van Avermaet (BMC), Mikel Landa (Sky), Edvald Boasson Hagen (Dimension Data) and the World Champion, Peter Sagan, among others. This allowed Sagan to gain more points for the sprint classification, take the first spot ahead of Cavendish and get the Green Jersey.

Towards the end, though, Peter Sagan got outfoxed by Orica BikeExchange who had 3 riders in the breakaway. As a result Michael Matthews (Orica-BikeExchange) won the stage; a first in his career.

Stage 11 is 162.5 km from Carassone to Montpellier  with two category 4 climbs early on the day, an intermediate sprint on km 113 and a flat sprint finish. A day for the sprinters, then. Only time will tell.