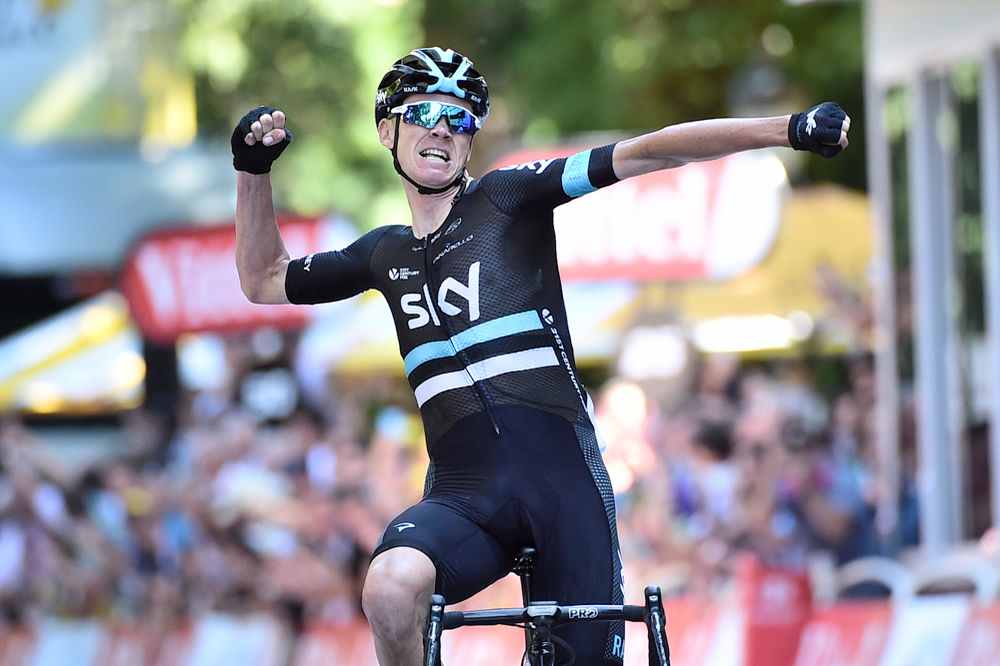 First things first. Yesterday, I missed the whole thing with Adam Yates (Orica-BikeExhcange) crashing on the collapsing 1 km inflatable arch. He was ahead of the peloton so the commissaires gave him a corrected time enough to put him 2nd in the GC and in the White Jersey.

Now, today Team Sky did not allow the breakaway to get too far ahead and with attacks and counter-attacks on the last climb they managed to thin the peloton down. Greg Van Avermaet (BMC) was trailing well behind and out of contention while Vincenzo Nibali (Astana) and Alberto Contador (Tinkoff) were going backwards. In the meantime Mark Cavendish (Dimension Data) was trying hard to make the cut-off time.

At the top of the last climb, the Col de Peyresourde, Chris Froome (Sky) started decending like we have never seen him before. He was in the aero-tuck and pedalling, too. As a result, he put 13 seconds to Nairo Quintana (Movistar) and Fabio Aru (Astana). With 10 seconds bonus he is in Yellow with 23 seconds over the other GC contenders.

Mark Cavendish made the cut-off time so he is still in Green and Adam Yates in White. All in all great results for British riders.

On the last climb, Froome punched a Colombian spectator who was dangerously too close to him. As Chris Boardman said, if he was closecenougj to reach him without extending his arm, then he was too close. The commissaires should see it that way.