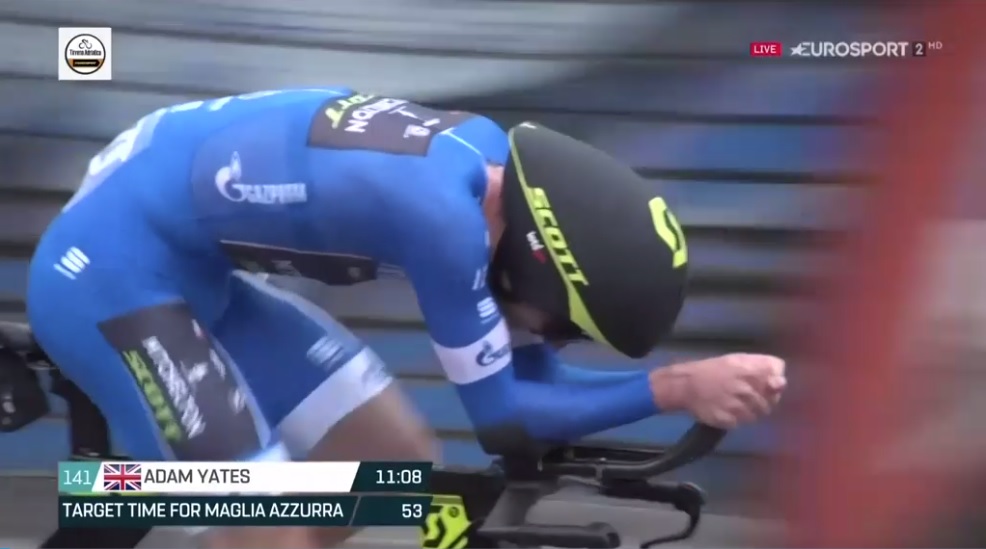 Tirreno – Adriatico: Maybe the Best Stage Race of the Year

Now, did you follow Tirenno – Adriatico? If not, just go on Eurosport Player and watch every single stage. Instead of catching up on some TV box-set, watch this instead. It will be as exciting, I promise you.

The finish was one of the closest we have seen in cycling for the last few years. Adam Yates [Mitchelton Scott] was leading the race in the blue jersey with one stage (Stage 7) to go. It was a short TT stage of about 10 kilometres. Primoz Roglic [Jumbo-Visma] was second by 25 seconds. European time trial champion Victor Campenaerts [Lotto Soudal] was leading the table from early on and was sitting comfortably watching the other finishers.

Jakob Fuglsang [Astana] who was third, lost a bit of time but not enough to lose his podium position. So, the last two riders had to give everything to win. Primoz Roglic is a decent time-trialist but Adam Yates not really. So the race was Yates’ to lose and Roglic’s to win. Primoz Roglic had around 5 seconds on Yates at the half-way point. The gap was increasing though. Roglic crossed the finish line and everybody was thinking if Yates could be saved by his 25 second margin.

When Yates crossed the line, they were almost at the same time but the TV stopwatch was showing only seconds, so we had to wait for a proper decision but we all thought that most probably Yates had lost it. After roundings of finish times to the nearest second it turned out that Roglic won the 2019 Tirenno Adriatico right on the line of the last stage! Exciting race, fantastic stage. Next Sunday is Milano – San Remo and a few riders used Tirenno – Adriatico as preparation for it. Looking forward to Sunday!

What was even better though was stage 4. On a windy day and with 223 kilometres from Foligno to Fossombrone the peloton started the race. The strong winds blew dirt on the road and resulted in a few crashes. A breakaway was formed after 20km of racing which stayed ahead from most of the time. A group of chasers caught up with the breakaway group at around 35km from the finish line. A bit later Alexey Lutsenko [Astana], one of the chasers, took off on a solo attempt.

During the last 10 kilometres he almost saw victory slipping through his hands, or rather under his wheels, twice! First he overcooked a corner on a descent and he crashed. Very quickly he got up, jumped on his bike and he maintained his lead. Later on with less than 2 kilometres left he crashed again on a corner, for no apparent reason. Adrenaline kicked-in and he was getting up as he was falling. Back on his bike he tried hard but he got caught with 600 meters to go.

His chasers almost passed him but he tucked in behind them and through sheer determination, strong legs and willpower he manage to out-sprint Roglic and Yates despite his two crashes. What a victory! We don’t see wins like this very often.

The last 10 kilometres of Stage 4 of the 2019 Tirenno Adriatico should be shown in every school, in every country for the next 20 years just to teach children to never give up no matter what.

1 Response to Tirreno – Adriatico: Maybe the Best Stage Race of the Year